Organized on the occasion of the fifth centenary of the creation of Venice’s Ghetto, the exhibition “Venice, the Jews and Europe 1516 – 2016,” at the Doge’s Palace—once the seat of power of the city’s rulers and now a museum, aims to describe the processes that led to the creation, implementation and transformation of the first fenced habitation for Jews in history, Art Daily reports.

The first ghetto’s area was defined by two gates which, as designed by the Venice Senate in 1516, were opened in the morning to the sound of the bell in St. Mark’s belfry, and closed at midnight by four Christian keepers, paid by the Jews and living on the premises to supervise Jewish activities. The original design envisioned two high walls that would enclose the area from the banks of the canals. Those walls were never built. Ten boats with guards paid by the Jews patrolled the canal around the ghetto island at night. The decision was signed on March 29, 1516, and proclaimed in Rialto—the financial and commercial center of Venice, and from the bridges in every city district in which Jews resided.


The project’s initial premise was that the history of the Ghetto in Venice should be studied as part of the Venetian Republic’s administration of national, ethnic and religious minorities living in the city, which at the time was the financial capital of the world. But it also attempts to show how the city-state’s relationship with its Jews expanded over a much larger geographical area, adapting to political, social and cultural changes.

Important paintings, by Bellini and Carpaccio, Foraboschi, Hayez and Poletti, Balla and Wildt, all the way up to Chagall; architectural drawings of the period; very rare original editions; archival documents; liturgical objects; and furniture, together with multimedia reconstruction, enable the visitor to learn about this long-term relationship in which Venice Jews were able to reach access and close contacts, which also resulted in cultural exchange.

Venice permitted Jews to enter the city as war refugees when Europe was expelling them from Spain (1492) and Portugal (1496). The decision not to expel the Jews but to keep them inside the ghetto served Venice well. The Jews became autonomous within the walls, almost masters of their own fate, and their ghetto was gradually transformed into an independent institution, with freedoms of initiative that were rare at the time, and resulted in a great deal of wealth, as well as defense, for the city rulers. 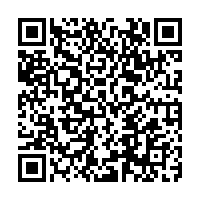