Florida Democratic Rep. Debbie Wasserman Schultz has done somersaults after making a comment noting the “the problem of intermarriage” in the Jewish community and then insisting she does not oppose it.

It is a bit bewildering that Wasserman Schultz, who also is head of the Democratic National Committee (DNC), felt the need to retract a comment that should not have raised too many eyebrows.

Her remarks were made at a Jewish Federation event, in which she said:

The playback must have sounded too committed to her and anyone, mostly in the Reform Movement, whose idea of “commitment” is not to be committed to anything, such as the Torah, that interferes with the individual as the judge and jury of what is wrong and right.

Here is how she backtracked:

At an annual Jewish community event in my congressional district, I spoke about my personal connection to Judaism and in a larger context about the loss of Jewish identity and the importance of connecting younger generations to the institutions and values that make up our community. I do not oppose intermarriage; in fact, members of my family, including my husband, are a product of it.

Is it guilt that was behind her repentance? Does she feel guilty for saying intermarriage is a “problem” when members of her family are a “product of intermarriage”?

Is it forbidden to say that intermarriage is a problem?

Wasserman Schultz has implicitly put her stamp of approval on the “problem” of assimilation, which is estimated at 60 percent in the United States.

Reform Judaism does not officially oppose or favor intermarriage, although there is a clear trend of its clergy to officiate at weddings between a Jew and a non-Jew.

Polls show that only 25 percent of children of intermarried couples identify themselves as Jewish, and the term “Jewish” can be understood in its widest and most liberal interpretation that gives a person the self-satisfaction of calling himself a Jew while wolfing down a cheeseburger on Yom Kippur.

The Florida Sun-Sentinel quoted Ira M. Sheskin, of Cooper City, director of the University of Miami’s Jewish Demography Project, as saying, “There’s no question that there’s significant concern in the Jewish community over the percentage of people who are choosing not to marry Jews… From the point of view of a community that wants to see itself around in the next 100 years, it’s not a good trend.”

Wasserman Schultz’ Conservative synagogue Rabbi Adam Watstein told the Florida newspaper that “intermarriage is a feature of the reality of the Jewish community in the United States.”

That is true if the Jewish community accepts intermarriage. It is not true if it does not.

Prof. Sheskin mentioned that there is intermarriage in his own family, but that didn’t stop him from forecasting the obvious result of intermarriage for Judaism.

Wasserman Schultz couldn’t go that far, and her justification of what she admits is a “problem” is one more alarm siren for what remains of American Jewry. 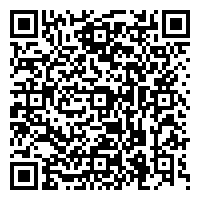