Israel’s Channel 2 ran a special on childhood pictures of Israeli politicians, who made their private albums available to the TV audience. So, here are some of the folks who have delighted and disappointed us for a while:

Interior Minister Gideon Sa’ar (Likud) spent his first through third grade in Kibbutz S’deh Boker in the Negev, as one of only four children in the classroom.


“I could read even before I arrived in the first grade,” he recalled. “My mother would read to me aloud and I would follow what she was reading and that’s how I learned to read.”

Come to think of it, “I could read and write quite a few words in English before the first grade,” Sa’ar said. “I was a stamp collector and I would ask my mother what it said on each stamp.”

“We were happy to leave a quarter hour before the end of class, to put on the yellow crossing guard uniforms and to watch how all the traffic stands at attention when we, as little children, order them to stop or go,” Hotovely remarked–not at all power hungry from an early age…

“Today, when I’m responsible (as Deputy Transportation Minister) for road safety, I can appreciate what was so exciting for me as a child in school — saving lives.”

“I’m a child of Haifa, and I was sent to summer camp in our area. When i was there, I met another girl my age, Shula from Afula, and we became very close,” she said. “Towards the end of summer camp, when we were very close friends, having shared many experiences together, we decided to stay in touch. We exchanged addresses and became pen pals.”
Livnat joked about the fact that those were days without Facebook, Whatsup or email. “We didn’t even have a landline phone at home,” she related. “Every two or three weeks,each one of us would write the other a letter, put it in an envelope, go to the post office, buy a stamp, stick it to the letter and drop the envelope in a mailbox. And then we’d start waiting in excitement for  the other’s response.”

MK Miri Regev (Likud) attended the elementary school in Kiryat Gat, and still recall Ms. Tzvia who was her teacher from the second grade on.

“Coming back to school was always accompanied with excitement,’ she recalled. “Every year would bring a new story, new friends and anxieties. The multiplication table, percentages, fractions, surprise quizzes, every year had its challenges.”

“I loved studying,” she said, “I saw school as a center of education, knowledge, and true friendship.”

Justice Minister Tzipi Livni (The Movement) uploaded a picture from her elementary school to her Facebook page.

“That’s me, at the Dubnov School in Tel Aviv (which was transformed into a cafe when the neighborhood had aged),” she wrote. “I still recall my first day, the fear of the unknown. Years later, when I deposited my eldest son in the hands of the educational system, the sense of fear was even graeter…”

MK Dov Lipman (Yeah Atid) still remembers how he entered the building on his first day in the first grade.

“It was the same building where my kindergarten had been,” he said, ‘but I recall that on that day I felt like a grownup.”

“I will never forget that moment in the first grade when I received my first Chumash,” he related.  “What i recall best is the first bell and how I ran out to play on the basketball court, which, as kindergarten kids we weren’t allowed to enter…” 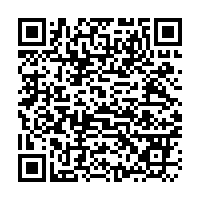