Tomorrow, November 22, Miri Colman and Daniel Brooks are getting married.  Miri grew up in an observant family in Monsey, New York, and Daniel grew up in a secular household in Johannesburg, South Africa.  They each made Aliyah several years ago and became engaged this past spring.  They chose their wedding date, at least in part, because it coincided with the Thanksgiving holiday.

Last Wednesday evening, Miri and Daniel were savoring their last few hours together for the week because, as Ashkenazi Jews, they would not see each other during the week preceding their wedding.  Shortly before they were to say good-bye, Daniel’s phone rang.  He answered it, and learned he was being called up for military service.


He was told to call for instructions, which were terse.  Pack a bag, get his equipment, and immediately go to a certain base on a coastal city by midnight.  That meant he had to leave immediately.

Miri told The Jewish Press she began to cry, but Daniel automatically switched over into “soldier mode,” grabbed his bags, and within ten minutes he was gone.

When Daniel spoke with The Jewish Press, he admitted that he was completely surprised when he received his call-up phone message.  He explained, “it was the first day of the operation (Pillar of Defense), and we knew there was tension in the South, but I had no idea we would be called up.”

Daniel had grown to love Israel through his involvement with the Bnei Akiva movement in Johannesburg.  It was because of that experience that after high school he moved by himself to a country where he had no family.

Daniel is part of the Hesder Yeshiva program, one in which young religious men commit to a five year program that combines Torah study and military service.  Daniel is in the last few months of the program, a time in which he and his colleagues are – or at least were – in the study phase of the program.  Daniel studies at the Har Etzion Yeshiva, known to most as simply, “Gush.”

After arriving at the first base at midnight last Wednesday, Brooks and his colleagues completed their preliminary tasks, and the next day were transferred down, further south.

Miri is completing nursing school at Machon Tal.  She came to Israel after high school to study for a year at a seminary.  She went to Midreshet Moriah.  It was then Miri decided to make Aliyah.  She told The Jewish Press that she felt very connected to Israel, that she felt “at home” there, and experienced a great sense of Jewish pride.

Miri and Daniel met through mutual friends.  Their families and friends have had airplane reservations for months, so that they could all be together for the wedding.  And less than a week before that wedding, Daniel and his unit were in the southern part of the country, preparing to enter Gaza if that decision was made by the Israeli government.

But, encouraged by his buddies in his unit, Daniel informed his commanding officer, who then informed his commanding officer, and so on, that he was to be married in less than a week.  Friday morning Daniel learned he could return home.  He then trekked back across the tiny slip of a country, and was back in Gush Etzion in time for his Shabbat Chatan, the Shabbat named for the groom.

Daniel explained how hard it was for him to be back in the Gush, while his buddies, with whom he has studied and trained for years, were down in the south, prepared to enter Gaza if that is the order they receive.  He said, “it’s very hard, I’ve been through so much with them, and now they are there and I am here.”

So how was he able to come to terms with that separation?  It was because of the advice from his friends in his unit.  They told him, “you have to go home because the only reason we fight is so that we can build Jewish families and Jewish homes.  That is what you are going home to do.”

Tomorrow – G-d willing – Miri Coleman and Daniel Brooks will be married in Jerusalem. 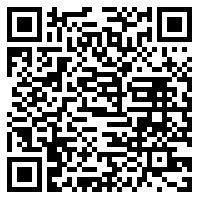