The rabbi of the Western Wall said he “can live with” a plan presented by Jewish Agency Chairman Natan Sharansky for a permanent prayer section at the Western Wall where women can organize minyans, even one for men and women together.

Sharansky briefed Rabbi of the Western Wall and the Holy Sites of Israel Shmuel Rabinowitz on the plan before he left Israel to present the plan to Jewish leaders in New York on Tuesday.


“This re-division of the plaza does not match my worldview, as I believe that there should be one site of prayer according to the place’s customs, but we can live with this solution,” Rabinowitz told the Israeli daily Yediot Acharonot Wednesday.

The proposal, reported here yesterday, would turn an archaeological site adjacent to the main Western Wall plaza into a permanent place of what proponents call “egalitarian” worship.

A women’s minyan now already has been allowed under a Supreme Court ruling that sets certain times, such as Rosh Chodesh, for the women, who can pray on the women’s side of the main section of the Western Wall whenever they want as individuals.

Under the proposal, the plaza would be expanded to encompass the additional prayer space, which is at the southern part of the Western Wall. 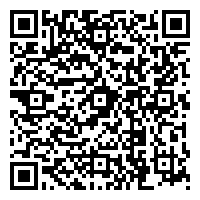