The long-awaited winter is finally on its way to Israel.

After a dazzlingly wet start that drenched the south in October, the country has been suffering from what has become a traditionally long dry spell after the first rains.

Rain so far this season has been concentrated in the south, but now it is the north’s turn. If the weather models do not change, snow is likely on the Hermon and possibly on the peaks in the Upper Galilee on Friday.

Up to four inches of rain are expected by Saturday morning in the Jerusalem area, three inches forecast for the upper Golan Heights and metropolitan Tel Aviv, and 2-3 inches for the Western Galilee and the upper Jordan Valley.

Nearly an inch of rain is predicted for Be’er Sheva and in the northern Negev.

The rainy season officially started after the Simchat Torah-Shmini Atzeret holiday, as in the last three years, got off to a dousing start but mainly in the south.

Precipitation in several areas, such as Ashkelon and Tel Aviv, still is 50 percent above the normal amount for this time of year, but northern farmlands are dying from thirst.

Rainfall is only 45 percent of the average for this time of year in some areas in the Galilee.\

That should change by Shabbat.

Dry winds from the east have parched Israel Monday, but temperatures will drop by Wednesday, when local rain will begin and develop into a storm in the north and central regions on Thursday.

The weather models sill are not clear how far south the storm system will spread. The optimistic models indicate that heavy precipitation will hit the north Negev and north of the Dead Sea on Friday and Shabbat.

Looking way ahead, an even more powerful system is on the distant horizon two weeks away, but weather predictions in Israel more than four days in advance have to be taken with a lot of salt. 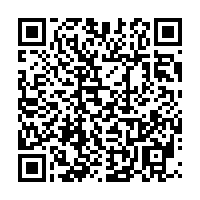