He added that “we all have a duty…to show the world that the conflict in this region is not a war about religion; it is a war against hate.”

Absent from his speech was the questing of how to deal with clerics who preach hate in the name of their religion.

Hosting the traditional annual reception for leaders of Israel’s Christian communities to mark the civil New Year, he praised the 50-year-old fifty-year-old Nostra Aetate declaration, which defined the Catholic Church’s policy against anti-Semitism.

I was honored this year, to meet with the Pope in the Vatican, where we spoke about how this relationship has grown stronger over the years….. Pope Francis said, ‘A true Christian cannot be an anti-Semite’.

Let me say – a faithful Jew cannot be anti-Christian or anti-Muslim….

I am proud that Israel protects the freedom of worship and expression for everyone, of every faith. It is not enough for us to only be a safe home for Christians. We want the community to prosper, and play a part in Israeli society.”

He said this mission as President is “to build bridges between our communities, in the Holy Land and around the world…and show that people with different beliefs can live side by side, and even together; in schools and universities, in the workplace, in parliament, and even on the soccer field. 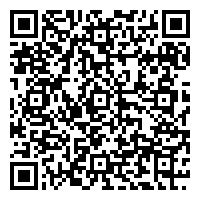