A winter storm sailing in from the Mediterranean smacked the State of Israel, Lebanon, Syria and surrounds on Sunday morning with wind and hail — gale force wind and hail the size of baseballs, that it.

Strong winds and hail the size of National League baseballs struck hard in northern Israel as the country got its first real taste of winter.


Gale force winds swung a crane out of control and crashing down in Netanya, injuring several people in the northern coastal city. Magen David Adom emergency medical response teams rushed to the scene.

In Pardes Hanna, a wall collapsed at a construction site. One 20-year-old man was mortally wounded in the collapse; he was rushed to Hillel Yafeh Medical Center in Hadera but could not be saved.

In the Samaria community of Har Bracha, two people were hurt when a tent collapsed due to the high winds, a 17-year-old teenage boy and a 20-year-old girl.

The Israel Electric Company (IEC) reported power outages in various areas across the north and damage to infrastructure where the “baseballs” struck “home.”

Other areas that have been affected included Tel Aviv and a number of surrounding suburbs including Ramat Gan, Bnei Brak, Holon and Petach Tikvah as well as Givat Shmuel. The cities of Ra’anana, Ramat HaSharon and Netanya also saw a number of power lines downed by fallen trees from high winds.

More rain and wind in the forecast has raised the risk of flash flooding in the evening hours, including in the east and south. 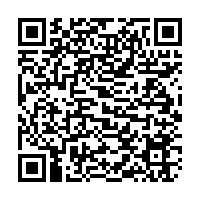