Police investigators descended on the Gush Etzion town of Bat Ayin Tuesday to arrest three brothers, the youngest of whom is 10 years old. The older brothers, aged 17 and 19 years old, said police beat their younger sibling during the arrest. “One investigator choked my brother while the others beat him mercilessly,” said one of the older brothers.

The three brothers were brought to the Gush Etzion police station where the commanding officer delivered a warning talk to youngest brother, who was then released because at the age of 10, he cannot be charged with a crime.


But according to Honenu, a legal aid organization that provides representation in Judea and Samaria the two older brothers remain in custody at this hour, and added that the detainees have not been told why they were taken into custody. A Honenu spokesman said the brothers were “shocked” to learn that police claimed they had thrown stones at the police car, and added that the brothers denied “out of hand” the police claim.

The incident followed a similar one in Bat Ayin yesterday, when a 12-year-old boy was detained after police said he prevented them from entering the community synagogue. He, too, was interrogated and released.

The 17-year-old, who cannot be named because he is a minor, said plainclothes General Security Service (GSS, or Shabak) officers interrogated him and threatened him.

“Two plainclothes guys came into the investigation room. One introduced himself as ‘Dan.’ He started threatening me and said he is watching me 24 hours a day, seven days a week.

In addition to the Bat Ayin detainees, the family of a 16-year-old boy from Jerusalem have asked the Israel National Council for the Child for help in making contact with their son. They say GSS agents detained him six days ago and have taken the rare step of preventing him from meeting with a lawyer.

“Last Wednesday morning our son was walking down Hanivi’im Street in Jerusalem when he was accosted by two men in civilian clothes. They took him to an undisclosed location. From that moment, we haven’t heard from him or seen him, and we have no idea how he is,” the parents said. We understand that the GSS is interrogating our son under terms of a rarely-used legal clause which prohibits him from seeing a lawyer,” the family said in a statement released by Honenu.

If order to make contact with their son, the parents have asked Dr. Yitzhak Kadman, head of the Israel Council for the Child , to press GSS authorities on their behalf to obtain access to the prisoner.

“This is an opportunity for the Council to investigate the repeated violations committed against minors,” said attorney Adi Keidar, who represents the children. “Violations of the law continue unabated, and no one thinks of the long-term effects of extended periods of incarceration of minors in inhumane conditions in GSS lockups.

President of the Israel National Council for the Child, Dr. Yitzhak Kadman, was not immediately available for comment.

“The witch hunt against the tough price tag phenomenon has led to minors being held on suspicion of vandalism and prevented from seeing lawyers,” said MK Feiglin. “This is a very serious phenomenon  that should make anyone who holds human rights dear.

“Arresting minors (and adults) for suspected vandalism and property damage and withholding their legal rights under the pretext of ‘the rule of law’ places Israel on the same level as some very dark regimes. I am certain that had the vandalism occurred on the other side of the political map the police would not have dared act this way.

Nirit Moskovitch, a spokeswoman for the Association for Civil Rights in Israel, said her organization has not acted on this case is that so many detainees in Israeli jails are prevented from meeting with legal counsel that ACRI cannot respond to each case individually.

“The reason this case has made headlines is the comparatively rare case that the individuals involved are Jews,” Moskovitch told The Jewish Press.

Moskovitch added that the organization is completely opposed to the practice of preventing prisoners from legal counsel, especially when the detainees are minors.  She also said that ACRI has spoken out strongly against designating Price Tag attacks,  offensive as they may be, as “terror” attacks.

“We will continue to call for a strong battle against these despicable hate crimes, which require determination and financial resources on the part of police. These measures need not stand in distinction to respect for the rights of suspects and those interrogated.

“Labelling price taggers as a ‘terror group’ could have serious consequences for the human rights of individuals suspected of these crimes,” Moskovitch said. 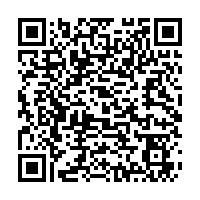