A would-be Palestinian Authority Arab stabber gave himself up to Israeli Border Guard Police officers Wednesday evening at the Cave of the Patriarchs in Hebron.

As the suspect approached a security checkpoint near the site, he stopped several feet before reaching the forces and called out to them instead.


At that point, the Israeli officers could see clearly that he was holding a knife, and pointed their weapons at him while ordering him to drop it and surrender.

The suspect, a 25-year-old Hebron resident, complied with the commands, and was detained without incident. He is being questioned by police. 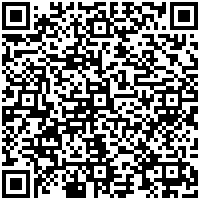