The Civil Service Commission will soon be implementing a new policy favoring Israelis who served in the IDF or National Service for employment preference in civil service positions.

The new policy follows a bill drafted by Habayit Hayehudi MK Moti Yogev in collaboration with Im Tirtzu, which proposed granting preferences to minorities who served in the IDF or National Service as a way of encouraging more minorities to serve.


The bill passed the Knesset preliminary vote by a large majority in December 2017, but has yet to advance due to objections from Arab and Haredi MKs, whose constituents generally do not serve and would be affected negatively by the bill.

Preference will be given based on a point system, with serving in the IDF or National Service counting as one point. Additional points will also be awarded to those who do reserve duty or perform community service.

“The bill’s goal is to convey a simple idea: it pays to serve,” said MK Yogev. “The IDF and National Service represent an expression of fealty to the state, when one gives one’s prime years to society. The State of Israel must reward those who are loyal and giving even while risking their own safety.”

“Minorities who served find themselves lagging behind their fellows who have begun to study, work and acquire experience,” continued Yogev. “We must therefore reward them by giving them priority in order to level the playing field.”

Matan Peleg, CEO of Im Tirtzu, said the State of Israel had an obligation to encourage minorities to integrate into Israeli society.

“Strengthening and encouraging minorities who strive to integrate into Israeli society embodies the values of Zionism and is an important element for the continued existence of Israel as a Jewish and democratic state,” said Peleg.

“We have an obligation to create real incentives and laud those who have chosen this path, in contrast to those who opt for isolationism and a continued battle against the State of Israel,” he added. 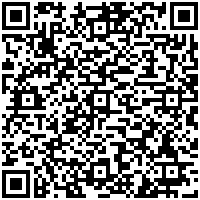