The US Food and Drug Administration (FDA) has approved marketing of the BrainsWay Deep Transcranial Magnetic Stimulation System for treatment of obsessive-compulsive disorder (OCD), after reviewing data from a multi-center study.

Brainsway, an Israeli company that specializes in developing and providing advanced technology solutions for the treatment of a variety of brain disorders, explained that the treatment performs magnetic stimulation of the brain’s frontal lobe and its networks, targeting previously unreachable areas of the brain using its helmet-like device, which allows it to effectively treat OCD, as well as other disorders including schizophrenia and depression.

OCD is a common, chronic and long-lasting disorder in which a person has uncontrollable, reoccurring thoughts and behaviors in which they feel the urge to repeat certain actions and behaviors over and over.

OCD is typically treated with medication, psychotherapy or a combination of the two.

However, BrainsWay’s OCD treatment has many advantages over other treatment options, as it is an outpatient procedure that both BrainsWay and the FDA said is generally well tolerated and entails minimal side effects.

According to the study, which was conducted on 100 patients – 49 of which received the BrainsWay device and 51 received treatment with a non-working (placebo) device – 38.1 percent of patients in the active group achieved a response of more than 30 percent in the reduction of symptom severity, while those using the placebo device only saw an 11 percent improvement in the reduction of symptom severity.

Patients already receiving OCD treatments (medical management) were maintained at their current dosages throughout the study. BrainsWay’s Deep-TMS study is the only multi-center trial conducted with OCD patients.

“Transcranial magnetic stimulation has shown its potential to help patients suffering from depression and headaches,” said Dr. Carlos Peña, director of the Division of Neurological and Physical Medicine Devices in the FDA’s Center for Devices and Radiological Health.

“With today’s marketing authorization, patients with OCD who have not responded to traditional treatments now have another option.” 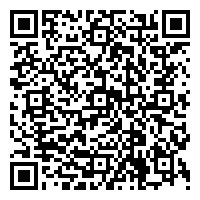