At her first meeting with her staff on Tuesday, the new (following a two-year hiatus) Transportation Minister Miri Regev declared she was going to cancel the tax increase on the electric vehicle.

She also said she plans to cancel the travel tax, charging electric car owners based on their mileage. The travel tax was the clever invention of Finance Minister Avigdor Liberman’s staff: since a huge portion of the government income comes from its excise taxes on gasoline, the proliferation of electric cars would necessarily cut its income severely. So, instead, they decided to levy an excise tax on those electric cars’ usage of the country’s roads.

Oxygen consumption is still free in Israel, but I recommend that residents take in large gulps of air as long as it hasn’t been taxed.

Chairman of the Knesset Finance committee, MK Moshe Gafni (UTJ), told his committee on Monday: “It is true that according to the multi-year program, the tax increase [on electric cars] happened yesterday […] If you really want to take care of both the cost of living, and also that the air remains clean, it should have been stopped. If you care about the environment and public health, you have to stop the tax increase.”

Mind you, this is the same Moshe Gafni who fought to kill the tax on disposable dishes and sugary drinks, so, if he is concerned about the environment, you know it’s serious.

Eitan Parnass, CEO of the Association of Green Energy Companies for Israel, told the finance committee: “Israel lags behind in the penetration of electric vehicles, there are entire populations here that abandon the electric vehicle and run to the gasoline-powered vehicle. And now, to raise taxes on the lower-cost electric vehicles? The popular electric vehicles must not be made more expensive.” 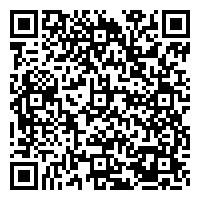