According to reports in India, Prime Minister Narendra Modi’s government is examining the possibility of sticking with the $550 million purchase of Spike anti-tank missiles from Israel, through a government channel. This after a week and a half ago Rafael Advanced Defense Systems officially announced the Indian deal had been cancelled.

The reason given for the cancellation was pressure from local defense manufacturers in India who demanded to be allowed to develop the technology themselves. But the Indian army pressed Modi to carry out the deal with Israel despite those objections, pointing out that local companies would take a long time to develop the required technology.

Modi is expected to execute the transaction as a government purchase, instead of the original channel: a deal between the Indian army and Rafael. This assessment is bolstered by the sudden announcement by Rafael CEO Yedidya Ya’ari that he would be joining Prime Minister Netanyahu on his trip to the subcontinent next week.

Rafael’s Spike is a fourth generation man-portable fire-and-forget anti-tank guided missile and anti-personnel missile with a tandem-charge HEAT warhead. So far, it has been sold to some 25 countries, including the UK, Germany, Belgium, Italy, the Netherlands, and Singapore. Its purchase is currently in consideration by Australia, Thailand, Turkey, the US, and, of course, India.

The Indian military wants to buy 8,000 Spike missiles, as well as 300 launchers. The purchase, which has been in negotiations since 2014, is part of PM Modi’s plan to gain the upper hand in his country’s unending border disputes with its volatile neighbor Pakistan. 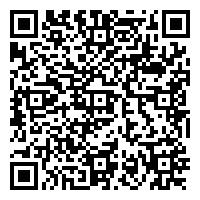