CEO Kåre Schultz sent a letter of apology on behalf of the company’s previous management to Prime Minister Benjamin Netanyahu on Thursday over the current situation which has forced the layoffs of 1,750 Israeli employees.

The prime minister had requested in a phone conversation with Schultz earlier in the day that he do what he could to limit the damage to Israeli workers and ensure the preservation of TEVA’s Israeli identity.


In his letter, Schultz addressed the latter.

“We, the board of directors and management of the company, wish to assure you that after careful examination of the alternatives, we have no other choice — we must save Teva — and so we will do,” the letter read.

“I am committed to maintaining Teva’s global headquarters in Israel, including my office. I do this as part of my commitment to Israel and with maximum confidence in the potential for our success here in the long term…

“Teva has reached its leading global position thanks to the Israeli spirit that has characterized the company for more than 16 years. The plan announced today by the company is intended first and foremost to realize our common aspiration — to preserve Teva as a strong global company, based in Israel.”

Schultz also thanked the Israeli government for the “significant support” rendered the company over the years.

The company said in a release that the two year restructuring plan announced Thursday is intended to reduce Teva’s total cost base by $3 billion by the end of 2019, out of an estimated cost base for 2017 of $16.1 billion. More than half of the reduction is expected to be achieved by the end of 2018. The company expects to record a restructuring charge as a result of the implementation of the plan in 2018 of at least $700 million, mainly related to severance costs, with additional charges possible following decisions on closures or divestments of manufacturing plants, R&D facilities, headquarters and other office locations.

A total of 14,000 positions are to be lost globally – more than 25 percent of TEVA’s entire workforce – over the next two years.

“These are decisions I don’t take lightly but they are necessary to secure Teva’s future,” Schultz said in a statement. “We will implement these changes with fairness and the utmost respect for our colleagues worldwide.”

In an email to employees, Schultz said, “Making workforce reductions of this magnitude is difficult, and we do not take them lightly. We will be respectful and transparent throughout these processes and offer severance to impacted employees in accordance with applicable local requirements, as well as outplacement services.

“I am aware that we will be parting with people who have dedicated years and contributed a great deal to this company, and I deeply appreciate their commitment. We are also aware that these changes impact not only our workforce, but vendors, suppliers and communities where we have played a key role for years. However, there is no alternative to these drastic steps in the current situation…

“Today’s announcements are also about positioning Teva for a sustainable future. Through the restructuring and changes, when there are positions available we will first look to filling them with employees from within the company, rather than external hiring. This will create more opportunities for those who remain with Teva.” 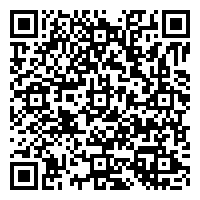