TEVA Pharmaceuticals Ltd. finally has some good news to report: one of the two brand medications the company is focusing on has just won fast-track status from the U.S. Food and Drug Administration.

A biologics license application (BLA) for fremanezumab, an anti-calcitonin gene-related peptide (anti-CGRP) monoclonal antibody developed for the preventive treatment of migraine, was submitted to the FDA by TEVA two months ago.


In addition to the agency’s acceptance of the application for review, it has also granted fast-track designation of the medication for prevention of cluster headaches, which are similar to migraines in symptoms.

“In order to bring this much-needed therapy to the migraine community, Teva acquired a priority review voucher to expedite the review of fremanezumab, which, if approved, would be a new preventive option for patients suffering from this debilitating disease. Regulatory action is anticipated by mid-2018,” the company said.

It’s been estimated that fremanezumab could bring peak annual sales as high as $2 billion. The medication was acquired when TEVA purchased Labrys in 2014, according to Globes. It’s an important medication for the company’s future. 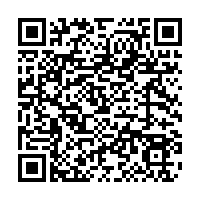