The chairman and the ranking committee member of the U.S. House Ways and Means Committee released a letter the committee sent today, May 14, to Steve Miller, Acting Commissioner of the Internal Revenue Service.  That letter informs Miller that the committee has greatly expanded the scope of its investigation into alleged misdeeds by the IRS.

Among other information that congress is now seeking is information about the IRS’s special scrutiny of organizations whose mission involve Israel.

Last week The Jewish Press connected the admitted increased scrutiny of certain conservative organizations by the IRS, and the alleged targeting by the agency of Z STREET, a pro-Israel organization.  That activity gave rise to a lawsuit filed against the IRS in 2010. (This reporter is the president of the organization that brought that lawsuit.)

Congressmen Dave Camp (R-MI)  and Sander Levin (D-MI) signed a 3 page, single space, 13 point  letter today, making clear that congress was greatly displeased with the lack of candor and responsiveness the IRS has displayed towards their committee’s now-nearly two year long investigation of the agency.

The tone of the letter makes clear that Acting Commissioner Miller is in for a grueling hearing this Friday.  The congressmen use euphemisms, but what they are accusing the IRS of doing was lying to the Committee, repeatedly – either by commission or omission – about actions it has now admitted taking.  Now they want to know, essentially, who decided that the committee would be told lies, and how far up the chain of command did the lying go, in addition to the underlying inappropriate conduct.

One of the most jarring paragraphs in any letter sent to a government agency by a congressional committee is found in the May 14 letter from Congressmen Camp and Levin:

The IRS, through its officials, is legally and ethically bound to tell the truth to Congress and the American people.  In this situation, the IRS had a continuing obligation to update and correct information provided to Congress if it was later determined to be incomplete or inaccurate.  Why did your agency fail to be completely forthcoming with the Committee in its responses to the Committee’s ongoing investigation and in testimony before the Committee regarding the IRS’s practice of targeting conservative groups?

It’s going to be a long, hot summer for the IRS. 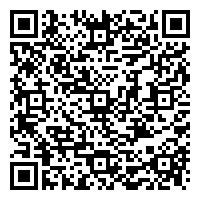