Wendy Sherman, Under Secretary for Political Affairs testified today before the Senate Foreign Relations Committee. She said she wanted to use this opportunity to speak clearly about the challenges facing U.S. foreign policy, especially from Iran. Here is her entire written statement to the committee:

Iran’s nuclear activity – in violation of its international obligations and in defiance of the international community – is one of the greatest global concerns we face. A nuclear-armed Iran would pose a threat to the region, to the world, and to the future of the global nuclear proliferation regime. It would risk an arms race in a region already rife with violence and conflict. A nuclear weapon would embolden a regime that already spreads instability through its proxies and threatens chokepoints in the global economy. It would put the world’s most dangerous weapons into the hands of leaders who speak openly about wiping one of our closest allies, the state of Israel, off the map. In confronting this challenge, our policy has been clear: we are determined to prevent Iran from acquiring a nuclear weapon. Our preference is to resolve this through diplomacy. However, as President Obama has stated unequivocally, we will not allow Iran to obtain a nuclear weapon, and there should be no doubt that the United States will use all elements of American power to achieve that objective.

Iran’s Supreme Leader Ayatollah Khamenei has asked why it is that the international community does not believe that Iran’s nuclear program is for peaceful purposes only. The answer is simple: Iran has consistently concealed its nuclear activities and continues to do so, denying required access and information to the International Atomic Energy Agency. As a signatory to the Nuclear Non-Proliferation Treaty, Iran has responsibilities to the international community, and it is that blatant disregard for those responsibilities that has made Iran the subject of four UN Security Council resolutions imposing mandatory sanctions.

From his very first months in office, President Obama put forward a clear choice to the Iranian government: Meet your international responsibilities on your nuclear program and reap the benefits of being a full member of the international community, or face the prospect of further pressure and isolation. Unfortunately Iran has so far chosen isolation. There is still time for it to change course, but that time is not indefinite. I want to be clear that our policy is not aimed at regime change, but rather at changing the regime’s behavior.

Since this Administration took office in 2009, we have pursued a dual-track policy. Working with the P5+1 – the five members of the UN Security Council – China, France, Russia, the United Kingdom, and the United States, plus Germany, under the auspices of the European Union – we have actively pursued a diplomatic solution to international concerns over Iran’s nuclear program. As a result of Iran’s continuing disregard for its international obligations, we have ratcheted up the pressure on the Iranian government. We have built and led a global coalition to create the toughest, most comprehensive sanctions to date on the Iranian regime. The international community is united in its determination to prevent a nuclear-armed Iran.

Today, Iran is isolated and sanctions are having a real impact on the ground, exacerbated by the regime’s own mismanagement of its economy. Iran exports over 1 million fewer barrels of crude oil each day than it did in 2011, costing Iran between $3-$5 billion per month. All 20 importers of Iranian oil have either significantly reduced or eliminated oil purchases from Iran. Financial sanctions have crippled Iran’s access to the international financial system and fueled the depreciation of the value of Iran’s currency to less than half of what it was last year. Foreign direct investment into Iran has decreased dramatically as major oil companies and international firms as diverse as Ernst & Young, Daimler AG, Caterpillar, ENI, Total, and hundreds more have divested themselves from Iran. The International Monetary Fund projects the Iranian economy will contract in 2013, a significant decrease from the over 7 percent growth six years ago, and far below the performance of neighboring oil-exporting countries. Put simply, the Iranian economy is in a downward spiral, with no prospect for near-term relief.

Is it a Desecration of God’s Name for a Jew to live Outside of Israel? – Israel Unplugged [audio] 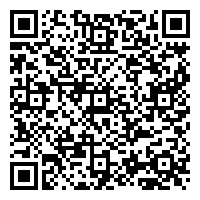