Suicide bombings in N’Djamena, the capital of Chad, have killed at least 23 people and left another 100 wounded. The attack was apparently carried out by the Nigeria-based terrorist group Boko Haram.

At least two suicide bombers on motorcycles were involved in the bombing. It was the first time terrorists have targeted Chad’s capital city.

Tensions between the ISIS-affiliated Boko Haram and Chad have been high since Chad began helping Nigeria fight the terrorist group. Government ministers warned that Chad will retaliate harshly to Monday’s attack.

Boko Haram has not yet claimed responsibility for the attack.

Boko Haram was responsible for at least 10,000 deaths in 2014, and has continued its horrific attacks in 2015. Among the attacks have been suicide bombings that were apparently carried out by young girls the group had kidnapped and forced to carry bombs.

Troops from Niger, Cameroon and Chad have joined the Nigerian army in fighting Boko Haram. 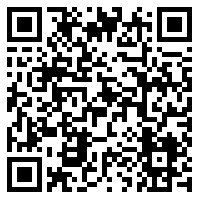