The Knesset’s Internal Affairs and Environment Committee convened on Monday and discussed the pollution in Nahal Alexander, which is contaminated by untreated sewage running from the Palestinian Authority, “ecological terrorist attack” as one official termed it.

Nahal Alexander is a river in Israel that flows from the western side of Samaria to the Mediterranean Sea, north of Netanya. The length of the river is about 45 km.


Dr. Galit Shaul, head of the Emek Hefer Regional Council through which Nahal Alexander flows, told the Committee that “my residents are not the ones polluting Nahal Alexander, but rather raw sewage and treated wastewater coming from the Palestinian Authority. Despite prizes given in the past for cooperation by the PA with our Drainage Authority, and despite the fact that a wastewater treatment plant was built with international funding, we see animal carcasses, blood, and feathers flowing in Emek Hefer and reaching the sea.”

In 2003, Nahal Alexander was part of a cleanup project that won first prize in the Riverprize environmental rehabilitation competition in Australia after being one of the most polluted rivers in Israel.

“Beaches that have two million visitors every year are closed over and over. It’s a health risk to the residents, people visiting the stream and bathers,” she warned,

Shaul pointed out that “the issue is resolvable. In 2014 the council filed a petition to the High Court of Justice against the state, and withdrew it because the state made a promise. Now there’s a plan for a wastewater treatment plant, but there’s no budget. The Water Authority is advancing the plan, after a long period that we were working on a different plan, too expensive, that was supposed to cost NIS 400 million.”

“I want a solution to this insane hazard. For many years no one has been able to find the money,” said Shaul.

A new plant was built in the PA city of Shechem (Nablus) with German money. However, “in practice, the pollution from there continues to flow. I don’t know why. Everything is poured into the stream, although there’s a new plant there. So we need a plant at the Yad Hannah entry point, to handle whatever comes in,” she said, calling for Israeli action on the issue.

Director of the Government Water and Sewage Authority Giora Shaham said that “it’s intolerable for things to continue this way. We are determined to act. It requires a budget. Today the cost of our treatment of the wastewater they pour into the stream is deducted from their taxes [PA taxes Israel collects on its behalf].”

Hizky Sivak of the Emek Hefer Regional Council declared that “we’re in favor of cooperation with the PA, but our goal is to stop an ecological disaster, not to deal with political issues. We are investing endless resources; until today hundreds of millions have been invested. The stream could be clean tomorrow. For that, the pollution from the PA has to be stopped. Article 12 of the interim agreement requires them to do so. There’s no channeling of Israeli sewage into the stream.”

“They [PA] aren’t cooperating, and the result is an ecological terrorist attack. At the moment, there’s a solution on the table—a new wastewater treatment plant on the Israeli side,” he said.

Acting Committee Chair Member of Knesset Mossi Raz said that “it would have been better to deal with the wastewater at the source, in PA territory. This was not done. However, it’s clear that we can’t wait for it to happen, and the state has to take responsibility and treat the water.”

The Committee stated it will track the Ministry of Finance’s pledge to provide funding to stop the pollution and designated Shaul to update it by the end of March 2022 whether “the matter is advancing at the proper pace, or whether it is stuck, in which case she should request another discussion.”

Israel contends with various forms of pollution and environmental hazards emanating from the PA, including the burning of garbage instead of treating it, unchecked stone quarries, and the production of coal in the open air.

The Ramallah municipality has recently poured massive mounds of trash into an abandoned quarry in the Binyamin region. More than 10,000 cubic feet of garbage were dumped there for weeks and then set on fire. The fire burned for almost a week, and the smoke reached the outskirts of Jerusalem.

PA residents established a huge car wreck lot in the heart of a nature reserve in Samaria. Hundreds of similar sites are scattered throughout the PA-administered areas of Judea and Samaria, in almost every Arab village.

An illegal Arab quarry, covering thousands of dunams in eastern Gush Etzion, is the largest quarry between the Jordan River and the Mediterranean Sea. The extent of the environmental and scenic damage this quarry causes is indescribable, and this is only one of many more within the Palestinian Authority, without supervision, without control, and without rehabilitation operations.

A nature reserve controlled by the Palestinian Authority in the Judean Desert is crossed by miles of roads and pocked by hundreds of illegal structures.

A tire-burning site near Ramallah pollutes the area for the wire extracted from the tires.

The sewage from Bir Zeit University, from the town, and from nearby villages, flows openly as a stream of raw sewage in Samaria, without any treatment. 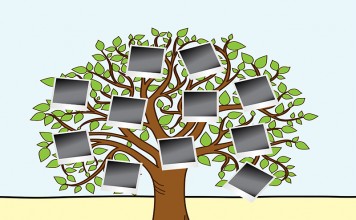 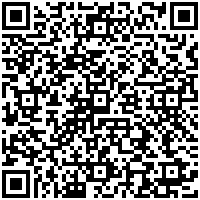