Belgium has become the latest European nation to suspend payments to the United Nations Relief and Works Agency (UNRWA) following the conclusion of a report into claims of misconduct by the agency’s top management.

“We will take a critical look at the report,” said Development Minister Alexander De Croo told Belgian news magazine Knack. “It is not because you stand up for a good cause that you can do whatever you want.


“If the claims are correct, then that is totally unacceptable,” he added.

The UNRWA ethics office report, leaked last week, accused top management officials of nepotism, discrimination and sexual misconduct. Among those named in the report was the agency’s commissioner-general, Pierre Krähenbühl, a Swiss national, who was accused of “claiming daily allowances despite being away from UNWRA headquarters in Jerusalem.”

Switzerland was the first nation to suspend payments to the agency in response to the report last week, followed one day later by Netherlands, whose officials “expressed concern on the subject before UNRWA and before the UN headquarters in New York, and is seeking clarification on the issue.”

US Special Representative for International Negotiations Jason Greenblatt sent a letter last week to UN Secretary-General Antonio Guterres asking the UN Office of Internal Oversight Services to notify Washington in the event it finds evidence of UNRWA impropriety in connection with US funding, according to a report Thursday by Channel 12 news.

Greenblatt also expressed his appreciation to Netherlands for its response to the report in a tweet on Thursday, and urged other donor countries to do the same, saying, “Thanks to the Dutch for also calling attention to this. I encourage all UNRWA donor countries & the rest of the global community to ask for a transparent, thorough & speedy investigation to uncover the truth.”

When the Palestinian Authority began to complain about the loss of income to its coffers, Greenblatt reminded the Ramallah government that the money wasn’t theirs to begin with – it belongs to the donors, and they have a right to make sure it gets to its intended beneficiaries.

Instead of welcoming the investigation on UNRWA, PA’s MFA warned against “politicizing humanitarian aid offered by UNRWA.” This isn’t abt politics- it’s abt transparency & accountability. It’s donor $, not the PA’s. Donors have a right to ensure aid is (& was) used as intended. 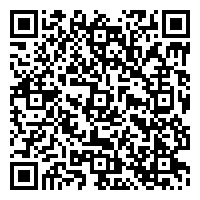