The Palestinian Authority (PA) has commandeered yet another Jewish archeological site in Samaria and has converted it into a “Palestinian National Archaeological Park,” the latest is a series of Israeli heritage sites in the area lost to the PA.

The PA is continuing to destroy Tel Aroma, a Hasmonean-era fortress in Samaria which it seized in February 2020 and converted it into “a Palestinian tourist site,” as part of its campaign to seize Jewish heritage sites and transform them into “Palestinian sites” while systematically demolishing archaeological findings. The PA has now announced it plans to develop it into a “National Archaeological Park.”

The archaeological site contains historical finds that testify to a Jewish presence since the Biblical period, as well as a Hasmonean-era fortress, and large ancient water reservoirs.

Under the cover of a Coronavirus (COVID-19) shutdown, during which Israeli Civil Administration inspectors were kept home, the PA rolled heavy machinery over the remains of the ancient fortress, paving an access road that has destroyed the remains of the 3,000-year-old fortress walls and water cisterns. By doing so, the PA consolidated its takeover of Tel Aroma.

The PA also built a mosque on ​​the hill near the archaeological site, while a unique decorated Herodian wall was stolen.

The site is located in area B, under the PA’s civilian administration, which limits the access of Israelis to visit the place and preserve the findings.

Yossi Dagan, head of the Samaria Regional Council, stated Wednesday that “in recent years, we have witnessed a new type of terrorism whose goal is to harm Jewish history in Samaria. The Palestinian Authority is working to destroy any historical evidence that Samaria, along with the entire Land of Israel, belongs to the people of Israel.”

In November 2020, the PA inaugurated a “Palestinian” tourist complex in the town of Sebastia in Samaria, the historic capital of the biblical Kingdom of Israel. A flagpole with the PLO flag was affixed to the ancient stones, under the auspices of UNESCO and the Belgian government, without any archaeological and scientific supervision.

Last month, the PA commandeered the Sheikh Sha’ala site, another archaeological site in Samaria, and converted it into a “Palestinian Heritage Site.”

Dagan called on the government to “act as soon as possible and protect these important places. Just as no other country in the world would allow the history of its people to be damaged, we too must not allow vandals from the Palestinian Authority to damage our history. Tel Aroma is the heritage of the people of Israel and an important part of the history of the Jewish people and we must not stand by when the place is systematically destroyed.”

Antiquities in Judea and Samaria face a constant danger of destruction. Grave robbers and antiquities thieves from the PA carry out illegal digs and excavations. The phenomenon of antiquity destruction is pervasive and affects all sites that are not under preservation, and a survey of the sites in Judea and Samaria shows that a staggering 95% of the archaeological sites have been robbed, vandalized, or disturbed. 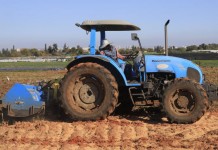 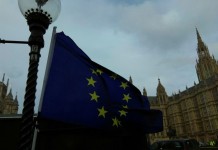