Two Israeli soldiers were shot by Gaza snipers at the border on Friday during the weekly Hamas-led violence aimed at Israel, according to the IDF Spokesperson.

An IDF combat soldier and a female soldier were wounded by sniper fire aimed from southern Gaza. Both were evacuated to hospital, where the male soldier, an officer and a tracker, is listed in fair condition. The female soldier is reported to be in good condition.

Thousands rioted at the border in five different locations on Friday; the Hebrew-language Ma’ariv daily newspaper estimated some 2,500 Gazans were involved in the violence.

In response to the sniper fire, the Israel Air Force struck a Hamas military post in Gaza. Two terrorists were allegedly killed, according to the Gaza Health Ministry. Two others were reportedly wounded.

Earlier in the day, IDF soldiers arrested a Gazan armed with a knife as he breached the border security fence and crossed into Israeli territory. The infiltrator was disarmed and handed over to security personnel for interrogation. 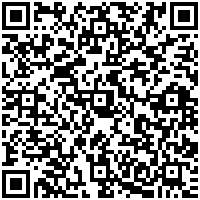