You probably are wondering why I am bringing up our despised, eternal enemy Amalek, now, in May. Purim, when we traditionally remember Amalek, is weeks behind us, and we are still recovering from the physical, spiritual and gastronomic workout that is Pesach.

Amalek, you are thinking, is so yesterday, so old news, except that it’s not. Amalek is a constant threat, 365 days a year and we must be on guard against its insidious, and often sneaky presence.


Traditionally, we view Amalek as a flesh and blood people, a nation of evil individuals whom we are commanded to never forget. In Devarim 25:17, we are told to remember Amalek and what they did to Bnai Yisrael. We read that, “they surprised you on the road and cut off all the weak people at the rear, when you were thirsty and weary.” In Devarim 25:19, we are then exhorted to “block out the memory of Amalek from under the heaven.”

But isn’t Amalek erased already? Truth be told, if you were to ask graduate students in ancient history who Amalek was, you’d likely get blank stares. These scholars would likely say they heard of the Assyrians, and the Picts, and the Spartans, and Visogoths, but not Amalek. Perhaps Christian Divinity students who study the Old Testament would recall the name, but Amalek has been swallowed by the passing of time and forgotten.

Amalek was a descendant of Esav. So as the offspring of Yaacov, we are distantly related. Why were these “cousins” singled out for our eternal hatred. Over the millennia, the Jews have been attacked by other nations who did worse to us, causing us long term suffering, physical and emotional torture and decimation.

My personal conclusion is that Amalek and their worldview is the antithesis of what the Torah is all about. It’s like anti-matter and matter – polar opposites and eternal adversaries.

The Israelites who had left Egypt were not a threat to Amalek. Their wanderings did not take them anywhere close to their territory and thus they could not have been perceived as invaders or poachers who would steal valuable livestock and eat crops. There was no reason for them to hurt the children of Israel, yet, they went out of their way to do so, specifically targeting the weak, the stragglers, the defenseless. They did so because of extreme arrogance and hubris. They were making a statement that the God of Israel was not so almighty after all.

I feel that Amalek is not just a nation, it’s an evil mindset that is diametrically opposed to what the Torah is all about. When the sage, Hillel, was approached by a gentile nobleman who asked to be taught the Torah while standing on one foot, Hillel told him that the Torah was about treating others the way you would want to be treated. The rest, Hillel said, was commentary.

Thus, if you wouldn’t want to be murdered, don’t commit murder. Don’t deprive someone of their life. If you don’t want someone to cheat you or steal your possessions, including your spouse, than you be sure you don’t – especially when you could easily get away with it, due to superior physical strength, resources, or “connections.”

By attacking the vulnerable, Amalek was showing the world that they weren’t impressed with Hashem, for as the pasuk ends, “…not fearing punishment for their action.” By attacking the Jews, for whom Hashem created so many open miracles, Amalek was blatantly thumbing their noses at the all-powerful Master of the Universe, and the universal mandate of humanitarian behaviors that he bestowed on b’nai Noach.

And that is why we must be conscious of Amalek, so that we don’t emulate their attributes and mindset. We sadly do so by engaging in unethical actions, like bullying – be it verbal, or physical or social. No one wants to be mocked, or denigrated, or made to feel inferior or not worthy of respect or validation. It is crucial to be mindful of not acting like Amalek, and damaging those whom we perceive as being less than us. As Hillel taught, Torah is all about not doing to someone something that you don’t want done to you. If you don’t want to be on the receiving end of abuse, then don’t dish any out, especially if you can get away with it. Amalek targeted the feeble, those who were worn down, the “easy” targets, they were despicable cowards who didn’t confront the warriors. Typical of bullies.

Selling shoddy merchandise or electrical devices, knowing full well that the object does not meet industry safety standards is an Amalek trait. So is unreasonably jacking up prices for kosher food or religious items, causing financial hardship or embarrassment for so many. Convincing others that the investment presented to them is a sure bet, but not being fully honest about the real risks involved is an Amalek attribute as well. The Torah is very specific about “not putting a stumbling block in front of the blind.”

Dishonest, misleading, or cruel behavior is diametrically opposite to Torah values, and acting this way is almost a declaration, that like Amalek, you don’t fear Hashem, or even accept His sovereignty. If one is genuinely G-d-fearing, then he does not dismiss the message of His Torah: to be kind, merciful, fair, and honest – in other words, to treat others the way he would want to be treated.

Hence, we have to constantly monitor ourselves so as to not emulate Amalek, and absorb their anti-Torah mindset. We must be vigilant in fighting our evil inclination, our default wiring since birth. Babies and toddlers will take what they want from a weaker infant or lie and steal – until they grow emotionally and develop compassion and a sense of fairness through chinuch and positive role-modeling.

It’s a non-stop conscience effort to behave in a Toradik manner. That’s why we must remember “Amalek.”

When we give ourselves a green light to be cruel, dishonest, abusive, and unethical, we minimize Hashem, as did Amalek, and we treif up our inherent holiness, and stifle the tzelem Elokim we were gifted with. 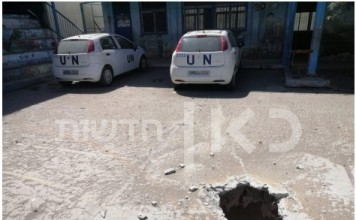 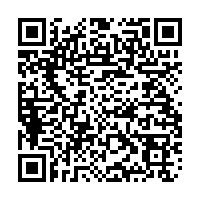