An Israeli teen was hurt Friday afternoon in Samaria when he was hit in a stoning attack by Palestinian Authority Arabs between the village of Huwara and the Jewish community of Yitzhar.

The 15-year-old boy received first aid treatment for facial injuries at the scene from Magen David Adom medics before he was taken to Schneider Children’s Hospital in Petach Tikvah.

Just one day earlier, a Jewish driver was sent to the hospital on Holocaust Martyrs’ and Heroes’ Remembrance Day with injuries he received in a terrorist stoning attack while driving through the village of Huwara. He was saved from further injury by an IDF soldier who spotted the terrorist and fired a warning shot in the air.

“The Israeli government must come to its senses and regain its deterrent capability,” said Yossi Dagan, Head of the Samaria Regional Council, in a statement responding to the incident.

“It is inconceivable that in the same area, on the same road, within a few weeks there is another, same attempt to attack using rocks and knives.

“This is a central road in the State of Israel, and we as citizens are not prepared to accept a situation where there is no deterrence.

“I call upon the prime minister, the defense minister, the IDF command, to restore deterrence and to begin to act against the Palestinian Authority, the one that instigates incitement in the media and is inciting most of the terrorist attacks in the State of Israel in recent years. We are not willing for our residents to be abandoned.” 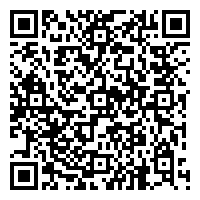