Customs inspectors in Ashdod Harbor this week flagged a container intended for Gaza, and discovered in it a very large shipment military equipment, including thousands of military vests with attachments for carrying weapons.

In addition, the same inspectors found thousands of pairs of special military boots and thousands of camouflage thermal coats, for long-term operational conditions.


The importer of the goods, which were shipped over from China, is a resident of the Gaza Strip, who expected to receive his goods via the Kerem Shalom crossing.

As part of the Israeli naval blockade of the Gaza Strip, goods intended for Gaza are first unloaded in Ashdod harbor for inspection for contraband, after which the approved goods are hauled by truck via the Kerem Shalom crossing.

All the contents of the flagged container have been transferred to the defense apparatus for further processing.

The Port of Ashdod is one of Israel’s two main cargo ports—the other one is in Haifa. The port is located about 25 miles south of Tel Aviv, and 60 miles north of the Gaza border. 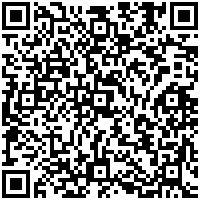