Teva will pay a fine of about $22 Million for its involvement in corruption in Eastern Europe and Mexico. On Monday, the State Prosecutor’s Office signed a conditional arrangement with the pharmaceutical giant, which must admit its involvement in graft and pay the imposed sum as financial sanction, Israel’s Channel 12 reported.

According to the findings of an investigation that began in the United States and extended to Israel, the company made “corrupt payments” to public employees in Russia and Ukraine. In addition, the company made improper payments in Mexico, and as a result generated profits of $ 220 million. In 2016, Teva reached a settlement with US authorities and paid a fine and forfeited revenue in the amount of $500 million.

Following the findings of the American investigation, it was decided to open an investigation of Teva in Israel as well, to examine the implications of its corruption abroad in its base country. The investigation assigned to the Police Lahav 433 special crimes unit.

According to the signed arrangement, which, according to the law, is a possible substitute for prosecution, Teva admits its involvement in corrupt payments, as it has admitted in the US, and will undertake the payments to avoid criminal proceedings against itself or any company related to it. 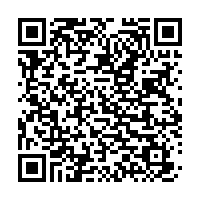