The Kerem Shalom kibbutz, located on the Gaza Strip-Israel-Egypt border, is getting a facelift. According to Friday’s Makor Rishon, the secular kibbutz, founded in 1967 on the grounds of a former IDF Nahal agricultural settlement, has decided to admit its first group of Orthodox families. The kibbutz is hoping the move would revitalized the battered community, which is down to just 20 families, 118 residents altogether.

Ha’aretz once described Kerem Shalom as “a small community with a communal-secular way of life.” Not any longer. The kibbutz, which on the eve of Passover, 2008, suffered the worst bombardment by mortar shells since the Israeli disengagement from Gaza (they insisted on celebrating the seder at the kibbutz dining hall), is expecting that “turning into a mixed kibbutz will facilitate growth and development.”


The plan is for the kibbutz to absorb ten Orthodox families in the summer of 2018, and ten more two years later. This will create a community with an even mix of religious and secular families.

One of the reason kibbutz members prefer to move cautiously is the disaster they faced in the 1970s, when an extreme-left gar’in of flower children (Hebrew for groups, usually from the same youth movement, who organize to move together into a settlement, often along the border) took over the kibbutz, ran into an economic crisis and left. A few years later another gar’in, comprised of families from up north, moved in but was discouraged by the frequent shelling from the Gaza Strip.

Before opting for the new Orthodox families, the kibbutz attempted several recruitment efforts, and changed itself from a cooperative to a nouveau style kibbutz, because the cooperative model discouraged potential newcomers. But the promotional efforts that relied strictly on the attraction of a nice community in a challenging location still fell flat, until the kibbutz realized, as a member of the stirring committee Tzurit Yarchi told Makor Rishon: “When we tried to answer the question, which group of people would want to settle down in Kerem Shalom, we realized this is a places people would choose for Zionist reasons.”

“We have no conveniences, or quality of life. We are being threatened militarily and live far away from any central city. Even within the Eshkol Regional Council, we are considered the remote corner. And so we’ve come up with the idea of bringing here an ideological gar’in,” Yarchi confessed.

The kibbutz first went for former members of the Religious Zionist movement, and even approached the Kibbutz Ha’Dati movement for a list of their dropouts. Eventually they settled on the mixed-community model, which is being developed and promoted by the Mirkam Association.

The Mirkam manifesto declared: “We believe that action should be taken to establish and strengthen Jewish assorted communities which share different lifestyles and spiritual beliefs across the country. These communities will be role models to the Israeli society, displaying a common goal and showing the power and prosperity that is to be found in the assorted communal life, encouraging dialogue between the different populations, both on the local and national levels.”

Sounds good. But eight out of the 40 members of the stirring committee objected in principle to cohabiting with Orthodox Jews. They feared, as many secular Israelis do, that once a religious community moves in, before long they would turn the place completely religious. Secular Israelis regularly point to cities such as Beit Shemesh and Arad as examples of a Haredi takeover of what used to be evenly-mixed secular and National Religious communities.

But no Haredim are moving into Kerem Shalom just yet. The families that came in the beginning of Hanukkah for a joint candle lighting ceremony in the laundry building that had been turned into a provisional synagogue were the knitted yarmulke folks. A bomb shelter is in the process of being constructed, with government money, as will be additional facilities to make religious life possible there (did anyone say mikvah?).

The rest depends on luck and, as Yarchi put it, the mysterious way in which Kerem Shalom makes people fall in love with it. Despite the fact that one of the worst example of the Heart of Darkness nightmare is right behind the fence, just yards away. 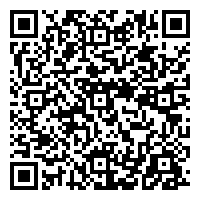