The IDF announced on Sunday that it had attacked overnight the car of one of the leaders of the squadrons launching firebomb kites and balloons from the Gaza Strip into Israel.

“In the past few days, the IDF has warned and carried out a number of attacks near the squads that are responsible for the arson and destruction of the territories in Israel,” the IDF spokesman reported.


This was a warning attack, but it does not represent a change in the IDF’s rules of engagement, since no decision has yet been made so far to personally harm the kite and balloon launchers, according to Channel 2 News.

The terrorist leader whose car was pierced by an IAF rocket was not hurt, but the attack was intended to signal to him and to other senior terrorists that the IDF knows where they were. However, so far, the army has not yet decided to turn to assassinations of top kite terrorists.

Firebomb kites and balloons launched from the Gaza Strip on Saturday have caused more than 15 fires in Israeli settlements along the Gaza border, setting fire to more than 250 acres of agricultural land.

Ynet reporter Matan Tzuri twitted a picture of an incendiary canister that was connected to a balloon that landed in Kibbutz Sa’ad in the Gaza vicinity, probably on Sunday morning. The canister, containing flammable material, did not explode despite the mechanism that was attached to it.

According to the security coordinator of Kibbutz Karmia, another fire was set by a group that had infiltrated the kibbutz area and then fled the scene.

Eleven fires broke out in the area on Friday.

Ma’an reported that two young men were wounded when Israeli aircraft fired a missile at the kite launchers east of al-Boreij on Saturday evening. 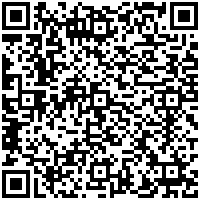