On June 13, the United Nations General Assembly voted once again to condemn Israel, this time for its actions against Hamas in Gaza when tens of thousands of Hamas supporters and terrorists stormed the Israeli border. The condemnation is not news, but the voting patterns are worth a look.


The final resolution passed 120 (yes) to 8 (no) with 45 abstentions. Who were the eight countries voting no? The United States and Israel, several Pacific island states (Marshall Islands, Nauru, Micronesia, Solomon Islands), Togo—and Australia.

Last year Australia’s government announced that it was through with unfair and unbalanced UN treatment of Israel and would henceforth vote against such resolutions in all parts of the UN system. And so it has. For example, on May 18 of this year, the UN Human Rights Council adopted yet another worthless resolution condemning Israel. The vote was 29 to 2, and the two countries voting no were the United States and Australia. So the first thing to note about the recent General Assembly voting was the Australian vote: a rare show of principle and determination on the international diplomatic scene, and a model for other democracies who all ought to be following Australia’s path.

In the General Assembly, the United States introduced an amendment that inserted a condemnation of Hamas in the resolution text. Amazingly enough, the original text did not even mention Hamas once. Algeria moved to quash the American amendment, and remarkably, the United States won that vote 78 to 59 (with 42 abstentions). That is an amazing event in the UN: 78 countries opposed the Arab position and voted on the US/Israeli side, and only 59 supported the Algerian text.

There was then a vote on whether to adopt the American amendment, and again we won: the amendment passed 62 (yes) to 58 (no), with 42 abstentions. In the UN, that is an astonishing result. Slim margin to be sure, but a win nevertheless. Because UN rules required a two-thirds majority, the amendment was not in the end adopted –but the voting pattern is far better than many past UN votes. And in this skirmish, all 28 EU countries voted with the United States.

That’s the good news. The automatic majority against Israel is indeed fraying at the edges. As U.S. Ambassador Nikki Haley said, “the common practice of turning a blind eye to the UN’s anti-Israel bias is changing. Today, a plurality of 62 countries voted in favor of the US-led effort to address Hamas’s responsibility for the disastrous conditions in Gaza. We had more countries voting on the right side than the wrong side.”

But there was plenty of bad news as well.

The final vote on the (un-amended) resolution condemning Israel was as noted 120 to 8 with 45 abstentions. That’s shameful, as are many individual cases.

India is the greatest disappointment. Relations between Israel and India have been warming and Prime Minister Modi has visited Israel—the first Indian PM to do so. But India abstained on the American amendment and then joined the jackals in the main vote.

In that final vote, the United States and Australia got the support of zero European countries. Many abstained (including Austria, the Czech Republic, Denmark, Italy, the Netherlands, and the United Kingdom) while the resolution actually got an inexcusable yes vote from France, Belgium, Greece (whose own relations with Israel are supposed to be improving), Norway (once a friend of Israel but now increasingly hostile), Portugal, Spain, Sweden, and Switzerland. Also disappointing was Canada, which abstained on the resolution. Were Stephen Harper still prime minister there is no question that Canada would have voted “no” along with Australia, the United States, and Israel.

Once upon a time but in living memory, the United States had clout in Latin America and Israel had many friends there. Last week’s votes show that those days are gone. The American amendment (which, remember, had 62 yes votes) was supported only by the Bahamas, Barbados, Colombia, Guatemala, Honduras, and Peru. But Antigua, Argentina, Belize, Brazil, Chile, Dominican Republic, El Salvador, Guyana, Mexico, Panama, Paraguay, St. Lucia, and Trinidad abstained.

This pattern is bizarre. Hostile governments such as Cuba, Nicaragua, Venezuela, Bolivia, and Ecuador are easy to explain, but the rest are not. Why do Haiti and Jamaica and several of the small island nations vote against us, while Barbados and the Bahamas vote with us? Why did Chile abstain instead of joining Peru and Colombia on our side?

Several African votes are also disappointing. Israel’s prime minister Netanyahu recently visited Kenya and Uganda and relations appeared to be very good, yet both abstained on the American amendment and then voted for the final resolution.

The bottom line is positive: Israel’s ambassador to the UN, Danny Danon, commented that “Thanks to the combined efforts with our American friends and our allies from around the world, we proved today that the automatic majority against Israel UN is not destiny and can be changed.” Future progress will require more diplomatic work, by Israel and the United States. Additional votes can be changed, in Latin America, Africa, and perhaps Europe.

Hat’s off, for now, to Amb. Haley, Amb. Danon, and once again to Prime Minister Malcolm Turnbull and Foreign Minister Julie Bishop of Australia. 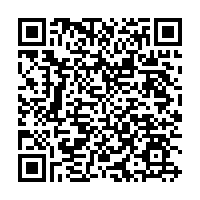