In a proactive move designed to minimize casualties, the Israeli Air Force began bombing PIJ targets in Gaza – but notably, not those of Hamas.


“Following the direct threats posed by the Palestinian Islamic Jihad in Gaza, the IDF is currently striking in the Gaza Strip. A special situation has been declared on the Israeli home front,” the IDF said in a terse statement posted to Twitter.

The IDF ordered residents of communities near the Gaza border to stay near protected areas. Be’er Sheva, Ashdod and Ashkelon were instructed to open public bomb shelters.

Iron Dome aerial defense systems were deployed to central and southern Israel, as well as to the capital, Jerusalem, and surrounds.

Defense Minister Benny Gantz explained in a lengthier statement, “I wish to strengthen the residents on the Gaza Strip who over the years have shown a civil resilience that is worthy of all appreciation.

“Our mission is to ensure that the tension ends and routine returns.

“We will do everything necessary to protect you, responsibly, decisively, and according to the considerations of the use of force that will lead to the required result.

“To our enemies in general and to the heads of Hamas and Islamic Jihad I say explicitly – your time is limited. The threat will be removed one way or another.

“The situation in which irresponsible terrorists took the residents of Gaza hostage will return and harm them.

“Whoever robs the livelihood of 14,000 workers, causes agricultural goods to rot in the crossings, and causes a shortage of electricity and food – first of all, harms the residents of Gaza and they will bear the responsibility.

“The IDF, the Shin Bet and the security forces are all preparing for any action that may be required, on every front from the south, the center and the north. We will continue operational activity in all sectors, as requested.

Prime Minister Yair Lapid said in a somewhat shorter statement that the government of Israel “will not allow the terrorist organizations to set the agenda in the Gaza Strip and threaten the citizens of the State of Israel.

“Let anyone who rises to harm Israel know that we will get to them.

“The security forces will act against the Islamic Jihad terrorists to remove the threat from the citizens of Israel.”

Both Lapid and Gantz arrived at the IDF’s Kirya Headquarters in Tel Aviv to attend a situation assessment.

Former Prime Minister Benjamin Netanyahu issued a brief statement saying he “strengthens and supports the IDF and our security forces. We love you and pray for your success.”

Palestinian Islamic Jihad northern Gaza chief commander Taysir al-Jaba’ri was confirmed dead in the initial strike, according to multiple sources. At least 15 others were injured in the strikes.

Senior PIJ combat commander Bilal Nimr Abu Amsha was also targeted as he drove a vehicle near the Palestine Tower in Gaza City and he, too, was reported killed.

The United Hatzalah emergency medical response service, as well as Magen David Adom, have both raised their alert levels as well and prepared for deployment as necessary.

“Thousands of volunteers living in and around areas that are under threat of rocket attacks from the Gaza Strip have been told to be prepared for any and all emergencies and to have all medical equipment at the ready,” said a spokesperson for UH.

“Among other things, volunteers have been told to unpack and prepare bulletproof vests and helmets while additional medical supplies, vests, and helmets are being distributed in the southern region and the Gaza periphery.” 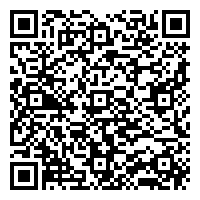