The UN Palestine refugee agency UNRWA on Thursday evening declared a state of emergency in Gaza City amid massive rains that have shut down normal life in the city, Ma’an reported. This could also mean damage to the hundreds of underground tunnels that are still being dug fastidiously by Hamas, in preparation for the next war.


Thursday marks the fourth straight day of unusually heavy rain across the region, causing temperatures to dip across the coastal region.

In early November, the Egyptian army launched a program to destroy newly discovered hundreds of tunnels leading from Gaza into the Sinai, which had been used by Gaza jihadists to attack Egyptian security forces. In only a matter of days, the Egyptians cleared 10,000 residents from about 800 homes along the strip’s southern border, to erect an 8-mile buffer where anyone entering would be shot without a warning.

Unlike Israel, the Egyptians can be decisive on fighting terrorism, and they don’t catch international flak for it, either.

Since Israel evacuated its military and civilians from Gaza, in 2005, the PLO and then the Hamas governments have not invested a penny in upgrading the sewer systems and the roads, and so each rainy season sees the strip sitting under lakes of water and human waste. The major storm that brought a blessing to Israel this past week has filled the streets of Gaza City once again with water and sewage, causing further misery for the more than 100,000 Palestinians left homeless, including an estimated 30,000 in emergency shelters.

Hundreds of residents in the Sheikh Radwan neighborhood of Gaza City had also been evacuated due to the rise of a “storm water lagoon” that had flooded many homes in the area.

“The flooding is exacerbating the already dire humanitarian situation in Gaza caused by blockade and the unprecedented destruction from the latest Israeli offensive,” the UN agency said in a post on its Facebook page.

Back in 2013, Egyptian forces flooded the tunnels under the border with the Gaza Strip in a campaign to shut them down. A Reuters reporter saw one tunnel suddenly fill with water, sending workers rushing for safety. Locals said two other tunnels were also flooded, as the Egyptians were deliberately pumping in water.

“The Egyptians have opened the water to drown the tunnels,” Abu Ghassan, who supervised the work of 30 men at one tunnel, 200 yards from the border, told Reuters. And an Egyptian security official in the Sinai told Reuters: “We are using water to close the tunnels by raising water from one of the wells.”

But when it rains heavily, as it did this week, Gaza is prone to severe flooding, leading to the displacement of thousands. The floods are exacerbated by a chronic lack of fuel that limits how much water can be pumped out of flood-stricken areas.

Which means that the effect the Egyptians achieved by diverting well water into the tunnels is now achieved by natural forces.

The tunnels into Israel were constructed using the expertise of the Rafah families who have specialized in digging tunnels into Egypt for commerce and smuggling, and have been described by former Hamas Prime Minister Ismail Haniya as representative of “a new strategy in confronting the occupation and in the conflict with the enemy from underground and from above the ground.”

The Israeli military has estimated that Hamas spent as much as $90 million, pouring 600,000 tons of concrete, in building three dozen tunnels. Some of these tunnels were estimated to have cost $3 million to construct. 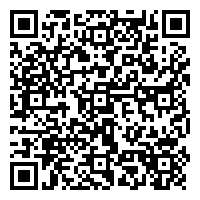