The Kipa website published a video and partial transcript of Rabbi Rafi Peretz’s lesson to students at the Otsem “mechina,” a pre-military Torah academy.

During his lecture whose focus was on the holiness of Israel, Rabbi Peretz said, “There is no reference to Jerusalem anywhere in the Kuran, not even one hint. The Arabs simply imagine. Ninety percent of them don’t know what is written in the Kuran.

“There is an interpretation that explains something or another in the Kuran about a dream [in which the Prophet Mohammed goes up to the Temple Mount] but this is not even an interpreting but is a fable.”

He added, “The only mosque that is considered holy is Al Aqsa. Nothing else on the Temple amount has any religious significance [to Muslims]. What is the Al Aqsa mosque? It is written in the Kuran, “Make me a house of worship at the edge” – buy the intention is ‘the edge of Mecca.’

“So what are they doing on the Temple Mount?”

The IDF spokesman responded to reports on the Torah lessons by stating that Rabbi Peretz’s remarks “were taken out of context and do not reflect his or the IDF’s position” and that “the rabbi apologizes if his words offended the Arab population.”

However, the video below, from 13:00-16:00 minutes, clearly shows the remarks were not out of context.

His apology was necessary for political purposes, and Rabbi Peretz, who spoke while in civilian clothes, probably is sorry that his lecture was publicized.

But he spoke the truth, and there is no reason to apologize for that.

Offending Muslims is not politically correct in the Western world, which is why radical Islam is taking over Europe. Next stop, the United States of America.

Rabbi Peretz’s remarks at the Torah lesson, which spoke of the holiness of the Temple Mount to Jews since the time of Avraham, highlight the core of the “Arab-Israeli struggle.”

It is not about land.

It is not about borders.

It is not even Islam vs. Judaism.

It is not even Muslims vs. Jews, because Jews simply are the front line for every other non-Muslim who stands in the way of the radical Islamic insanity to have the world for itself so it can lead it to destruction.

If radical Islam can defeat the Jews, it knows no one else has a chance.

That is why radical Islam wants the Temple Mouton all to itself.

Andi if this offends radical Muslims, I do not apologize. 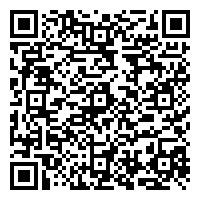