After seven years in which Transport Minister Yisrael Katz (Likud) has been promoting his plan to build an artificial island off the Gaza shore, with a harbor and an airport, it turns out that Israel’s clandestine police, the Shabak, strongly opposes the plan, according to Army Radio military and security reporter Tsahi Dabush.

The plan to solve the Gaza Strip isolation problem—due to the Hamas’ fanatical dedication to murder Jews—has been gaining momentum recently, as the miserable living conditions of Gaza’s civilian population continued to deteriorate.


The Shabak is unhappy with the idea, because of its concerns about the smuggling of weapons to terror organizations inside the strip via the island.

“There will be an international presence there,” a Shabak source told Dabush. “Already at the Kerem Shalom crossing, they have improved their smuggling methods. On this island we would completely lose control of the security situation.”

Finally, an adult voice interjected into the debate.

Katz’s office offered this very strange response, according Galei Tzahal, “The minister is not interested in dealing with security issues related to the separation plan from Gaza and is expected to present a comprehensive discussion in the cabinet after the current round of violence in Gaza ends.” 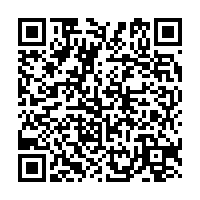