The IDF attacked Hamas targets throughout the Gaza Strip overnight Wednesday, according to the IDF Spokesperson’s Office, which said the attacks had been carried out using warplanes and combat helicopters. The enemy targets were rocket launchers, a lathe for manufacturing rockets, drone storage facilities, military compounds, training camps, and shops that manufacture weapons and components for anti-aircraft missiles.


The targets of the attacks stretched from the northern Gaza Strip, in the Beit Hanoun area, to the south, in the Rafah area.

“Hamas again chooses to act against the interests of the residents of the Gaza Strip, and after having failed to generate violent riots along the security fence, it chooses to carry out and facilitate high trajectory, large-scale shooting against Israeli civilians,” the IDF Spokesperson said.

“The IDF views Hamas’ terrorist activity severely and will continue to act against it in a powerful and harsh manner. The IDF is prepared to realize its potential actions as needed using a wide range of means,” the statement concluded.

A rocket fired from the Gaza Strip hit a house in one of the communities of Eshkol Regional Council early Wednesday morning. There were no casualties. A council source reported that two hits had been identified, including one in which the rocket hit a home.

The launches were carried out just over an hour after deputy Hamas leader Khalil al-Hayya had issued a statement saying that the various Arab factions inside the Gaza Strip were committed to a cease-fire in accordance with an Israeli commitment to the same.

Despite the sirens, the Eshkol Regional Council and the Education Ministry have decided to conduct a routine school day in all the communities surrounding the Gaza Strip.

Ma’an reported that the Gaza Strip has been under a ceasefire since Wednesday at 4 AM. There had been two earlier attempts at a ceasefire, negotiated by the Egyptians, one at noon on Tuesday, and the next at 4 PM.

Is It Possible to Bring an Entire Community of Religious Jews to Israel? – Israel Unplugged [audio] 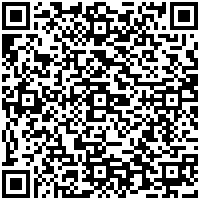