After a quiet night, on Wednesday morning red alarms were sounded again in the Eshkol and Sdot Negev Regional Councils in the Gaza Strip envelope, as well as in Ashkelon and the coastal plain. The IDF is investigating the relevant events.

Local sources in the Gaza Strip said sounds of an explosion were heard on the Gaza border, caused by the Iron Dome interception of the morning rockets. Several injuries were reported in Gaza as a result of the IAF return attack.


The IDF spokesperson said the Islamic Jihad is expected to continue its attack on Wednesday, possibly in a more “orderly” fashion.

The last red alarm before this morning was at 8:50 PM Tuesday. The IDF’s last attack on the Gaza Strip was at 12:35 AM.

According to the IDF, the first day of the confrontation saw more than 190 rockets and mortar shells shot at Israeli settlements, presumably all by the Islamic Jihad.

Meanwhile, the Home Front Command’s guidelines for Wednesday confirm a regular school day in metropolitan Tel Aviv; schools will remain closed in settlements within a 25-mile radius from the Gaza Strip. In the Mateh Yehuda regional council school will start at 10 AM.

Doctors at Wolfson hospital continue to fight for the life of an eight-year-old girl with a faulty heart who collapsed on Tuesday during an alarm.

Gaza sources reported 11 dead in Tuesday’s IDF attacks, including two children ages 7 and 11, two Islamic Jihad terrorists and four ambulance and medical personnel. Seven more Arabs were wounded by IDF gunfire during the funeral of one of the dead in Gaza. 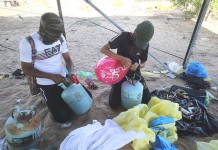 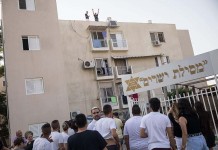 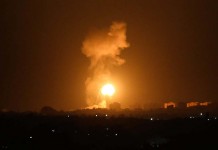 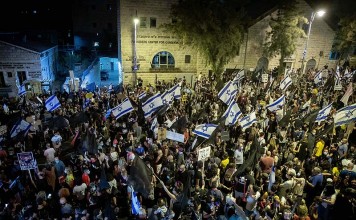 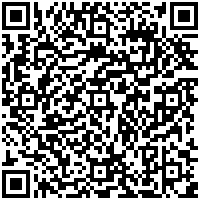