The IDF overnight Sunday recorded five rocket launchings from the Gaza Strip into Israel, only a few hours after the end of the quietest rallies at the Gaza border since those began one year ago. The alarm was activated in the Eshkol Regional Council around 12:40 AM. IDF tanks shelled several Hamas positions in response.

Ma’an reported that Israel fired five artillery shells at 2 AM at the Hama al-Thoghur east of Deir al-Balah in the central Gaza Strip, east of al-Bureij, and east of Gaza City.

Despite the rocket fire, Israel opened the Kerem Shalom and the Erez Crossings Sunday morning for regular operations, for the first time since they had been closed last Monday, following the rocket that destroyed a home in Moshav Mishmeret in the Sharon region.

There were no casualties or damage to property as a result of last night’s rocket attacks, which came about an hour and a half after Prime Minister Benjamin Netanyahu had described the calm situation in a video he posted on his Facebook page.

“My decision now at the end of Shabbat is to leave the forces in place,” he said, “We don’t know if this calm will continue. We are prepared for any development. That’s how we run things. We use force when necessary and avoid unnecessary wars.” 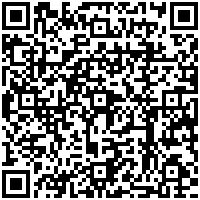