Contrary to claims by Hamas, Israel made no deal whatsoever to allow any “gradual” lessening of arson attacks by Gaza terrorists against Israel in the ceasefire agreement reached this weekend.


“I heard it being said that Israel has agreed to a ceasefire that would allow the continuation of terrorism by incendiary kites and balloons; this is incorrect,” the prime minister said.

“We are not prepared to accept any attacks against us and we will respond appropriately.”

Defense Minister Avigdor Liberman confirmed Netanyahu’s stance in his remarks, speaking after the prime minister. “There is no intention to ‘contain’ rockets or kites or anything,” he said. “I hope that Hamas will draw conclusions, and if they do not they will have to pay a heavy price.”

Intelligence Minister Yisrael Katz likewise added that he is expecting Liberman to present the cabinet with a clear, proposed policy on how to deal with Gaza.

“The collapse of Hamas and the elimination of terror — or separation from all civilian responsibility and the creation of a boundary with full deterrence — as with Syria and Lebanon,” Katz specified. “There is no option of continuing with the current situation. It’s not fair to the Gaza Belt residents and it harms the security of the State of Israel.”

Not unexpectedly, by late afternoon arson attacks against Israel had already resumed; but so did immediate Israeli air strikes against the terror squads launching the arson kites and firebomb balloons across the border into Israel.

Meantime, the IDF has added more Iron Dome anti-missile defense batteries in the Gush Dan region of central Israel in advance of another possible night of rocketfire. Iron Dome batteries have also been reinforced in southern Israel as well.

The military also called up reserves to reinforce the aerial defense array, citing the need “in accordance with the situational assessment.”

Netanyahu also told the cabinet that he had discussed the security and diplomatic situation with U.S. President Donald Trump in a phone conversation on Saturday, along with other issues that included regional developments involving Syria and Iran.

Trump is set to meet Monday in a summit in Helsinki with Russia’s President Vladimir Putin. 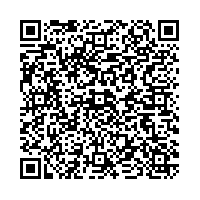