Hamas appears to be in the driver’s seat when it comes to making decisions on when and how and whether or not a ceasefire can and will be reached between Israel and Gaza terrorists, and that fact combined with the weekend’s barrage of deadly rocket fire has badly traumatized some of the Israelis living close to the Gaza border.

At least, that’s what’s happening with many of the residents living on the southern frontier in the city of Sderot, where a number of rockets fired over the weekend managed to land direct hits. One exploded at a private home, wounding four family members, including two teenage girls and their mother and father. Neighbors were traumatized but not physically wounded.


Another rocket landed in the courtyard of a synagogue. A third exploded in a children’s playground.

Sderot Mayor Alon Davidi is calling on Prime Minister Benjamin Netanyahu to visit the city’s residents for a “listening session” together with the cabinet ministers, saying it will help them feel better to know they were heard.

“Our feelings about the ceasefire are very difficult,” Davidi said. “It’s Hamas who decides whether to open fire, or to cease fire — and not the State of Israel.

“I am calling on the prime minister and the cabinet ministers to be with the residents, to come down to the south and to hear the sounds of our hearts at the end of this most difficult week that has taken place since Operation Protective Edge,” he said.

Agricultural and Rural Development Minister Uri Ariel did, in fact, visit the family home Sunday morning and sent his wishes for a speedy recovery to those who were hospitalized. 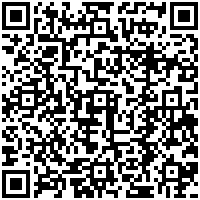