Sources in Israel confirmed on Sunday evening to Kan, Israel’s Public Broadcasting Corporation, that despite the fire from the Gaza Strip, the easing of restrictions on the strip would be extended as of Monday.

Meanwhile, despite all the indirect agreements between Israel and Hamas via Egypt, quiet on the ground has not been maintained. A mortar shell was fired from Gaza into Israel Sunday afternoon, landing on the Gaza side of the border fence. Earlier, a red alert was heard in the regional councils Shaar Hanegev and Sdot Negev, and residents reported hearing an explosion. Earlier yet on Sunday, IDF tanks attacked several Hamas positions in response to five rockets launched at Eshkol Regional Council.

Meanwhile, Hamas has been celebrating its victory. Senior Hamas leader Ismail Radwan said in an interview with Al-Aqsa TV Sunday evening: “The resistance forced the occupation to reach understandings.” In return, according to Radwan, Hamas has not agreed to a ceasefire between the terror factions in Gaza and Israel, but “only understandings.”

Hamas leader Ismail Haniyeh praised the participants in the march on the border with Israel, saying that “they raised the flag of Palestine.” During a visit to a mourning tent for one of the Arabs killed in Saturday’s riots, Haniyeh boasted, “It is Gaza that produces the big events, not only to defend itself – but also for Jerusalem and the prisoners.”

The incentives promised by Israel include the expansion of the fishing zone off the coast of Gaza to as far as 15 miles; repair of Gaza’s electric plant and renewed supplies of tax-free fuel to same plant – meaning that Israeli consumers will be footing the bill; and Israeli approval for the transfer of Qatari funds to Gaza this week. In fact, it is expected that the Qatari grant will be raised to $40 million each month, with contributions from the other Gulf states. 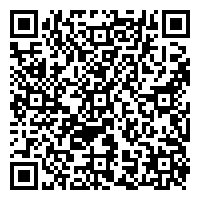