Maj. Gen. (Res.) Israel Ziv, the former commander of the Gaza Division and head of the General Staff’s Operations Division on Friday morning was interviewed on 103FM and referred to the string of bloody terrorist attacks on innocent Israeli civilians, the last of which had taken place Thursday night, Independence Day, in the city of Elad, claiming the lives of three Jewish men.

“Israel must eliminate Yahya Sinwar,” Ziv declared, insisting the leader of Hamas in the Gaza Strip should be held accountable for his incitements to murder. “He gave the order and must take responsibility, his blood is allowed. Israel must eliminate him, very simply.”


Ziv acknowledged that taking out Sinwar would mean starting a war with Gaza, and explained that it’s inevitable.

“Sinwar has been trying over the past month, in every way he could, to carry out terrorist attacks, whether by encouraging others or by actually activating Hamas squads from Jenin. This man is trying to set fires in every way and bleed the State of Israel. His is not an innocent statement without context.”

Last week, Sinwar called on all the Arabs: “Our people in the Negev, the Triangle, the Galilee, Haifa, Jaffa, Acre, Jaffa, and Lod – everyone will furnish their own rifle. And those who do not have a rifle will furnish a knife or an ax.”

In the attack in Elad Thursday night, the two Arab terrorists, neither of whom had any security record, obeyed Sinwar’s fervent call and brought with them an ax and a knife.

When asked if Israel is prepared for war with Gaza, Ziv replied that “reality is always complex and there’s never a suitable time. We’re facing a big problem with people who are afraid to go out to the streets, so let’s make the decision and make it when it’s convenient for us. We can’t close our eyes and indulge in the silence or bury our heads in the sand.”

In 2006, after leaving the military, Ziv founded Global CST, a company that provides consulting and military training to security forces in Latin America and Africa. In 2011, the Obama administration imposed sanctions on countries that cooperated with Ziv, over his company’s consulting an officer who had taken over the country of Guinea in a military coup. In December 2018, the Trump Treasury imposed sanctions on Ziv over allegations that Global CST sold $150 million worth of weapons to the South Sudanese government, and at the same time assisted the rebels against the same government to attack oil fields. Bank Leumi closed the accounts of Ziv, his wife, and his companies. But in February 2020, the US Treasury removed its sanctions against Ziv.

Ziv also referred to the Shin Bet’s intelligence function in preventing terrorist attacks, insisting that “the level they reach is higher than anywhere else in the world. In recent weeks alone, the number of alerts that have risen and been thwarted which the public does not know about has been enormous.”

However, he added, “the fact that the terrorists entered the city and left unharmed means that a great many things need to be changed here. Both in intelligence and the operational system. There was no engagement, there was no force on hand in a timely fashion, how did they get out of there alive?”

Back in 2015, the Obama administration added Sinwar to its list of terrorists, making his targeted assassination by Israel a sanctioned move by the civilized world. 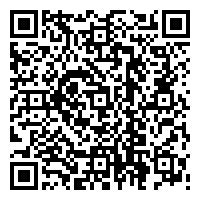