Defense Minister Avigdor Liberman has banned the delivery of fuel and gasoline to Gaza through the Kerem Shalom crossing, until terrorists end their arson attacks against southern Israel and violence at the border.

“The crossing’s activities will be reviewed in the coming days in accordance with a decrease in the terror activities and provocations.


“The return of the Kerem Shalom Crossing to full operation is dependent upon a total end to the balloon launches and clashes on the border,” said a spokesperson for the Defense Ministry.

The decision came after months of dithering over how to end the constant arson kite and incendiary balloon attacks, which have reached epidemic proportions, destroying the livelihoods of thousands of residents in the region — not to mention the constant violence at the security fence.

More than 1,000 fires have been started in the fields of area farmers, as well as surrounding forest and park lands, destroying for at least the next decade or more well over 8,000 acres. More than $2.4 million in agricultural and industrial equipment has been damaged and destroyed, not including the heartbreaking deaths of wildlife and farm animals who succumbed to the smoke, famine and flames.

The Kerem Shalom crossing had been closed for two weeks to the transfer of commercial goods, but had remained open for the movement of food and medicine, per the recommendation of the IDF chief of staff. Last week, Liberman decided to partially reopen the crossing to allow deliveries of fuel and gas to the enclave — a decision that immediately resulted in an uptick in arson terror attacks. 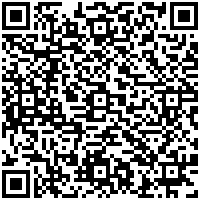