Palestinian Authority Arabs attacked Jews who traveled to pray at the Tomb of the Biblical Patriarch Joseph late Wednesday night.

The worshipers came under a hail of rocks as they entered the tomb, as did the IDF soldiers who were escorting them.


The Arabs shot fireworks at the soldiers, and the soldiers responded with rubber bullets.

The soldiers dispersed the attackers with tear gas grenades.

IDF soldiers always accompany the worshipers to the tomb in accordance with Israeli Defense Forces protocols, due to the extreme danger presented by the location of the grave.

The tomb is situated in the city of Shechem (Nablus), which is currently under the control of the Palestinian Authority. 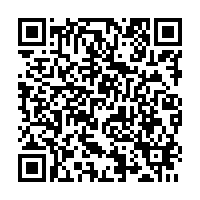