Close to 400 rockets have been fired at Israel since Monday afternoon. The Gazans took a short break from shooting at Israel from 1:37 AM until 4:05 AM.

The IDF said it has hit a number of key Hamas sites. Despite the IDF’s claim that it hit 150 Hamas and Islamic Jihad sites, only 4 Gazans have been killed from all those attacks.


A man, age 40, was killed and two women were seriously injured when a rocket hit a residential building in Ashkelon late Monday night.

It turns out the man who was killed was from the Hebron area and was staying overnight in Ashkelon, according to YNet. 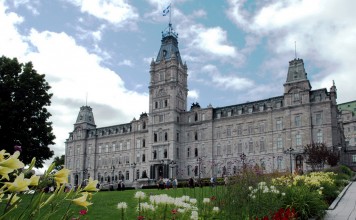