On Monday, October 30th, 2017, the IDF blew up a terror tunnel originating from Gaza. The tunnel extended towards Kibbutz Kissufim.


The IDF said they blew up the tunnel in a “controlled explosion” but did not indicate how they blew it up, or with what method.

The IDF only blew up the tunnel on the Israeli side of the border.

It appears the tunnel was full of explosives that created secondary explosions on the Gaza side.

There are 7 confirmed killed from the Islamic Jihad and Hamas terror groups, and there may be as many as 12 dead terrorists. Another 11 terrorists were wounded.

Senior Islamic Jihad and Hamas military commanders are among the dead.

Most of those killed were from the Islamic Jihad terrorist group who went into the tunnel after the initial explosion, to rescue the terrorists already inside the tunnel.

The tunnel was still under construction and didn’t yet have an opening on the Israel side.

The tunnel extended near to Kibbutz Kissufim.

The IDF believes digging of the tunnel began after the 2014 war with Gaza. 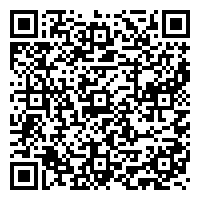