Fawzi Barhoum, a spokesperson for the terror group Hamas, on Monday issued a statement saying “Benjamin Netanyahu’s approval of additional measures imposed on the Gaza Strip to further tighten the siege and prevent the entry of goods into the already crippled coastal enclave is a new crime against humanity added to the record of the Israeli occupation against the Palestinian people.”

As JewishPress.com reported yesterday, Israel has announced it was closing the Kerem Shalom crossing into the Gaza Strip, in response to the incessant arson terror attacks against southern Israel emanating from the enclave. More than 30,000 acres of forest, park and farmland have been destroyed over the past several months by a Hamas-driven arson terrorism.


The IDF announced that humanitarian aid — including food and medicine — is still being allowed through, albeit with case-by-case approval of the Coordinator of Government Activities in the Territories (COGAT), IDF Major General Kamil Abu Rokon.

The Hamas statement complained that “the regional and international silence on the siege imposed on the Gaza Strip for more than twelve years has encouraged the Israeli Occupation to continue its criminal actions in clear violation of human rights and international law, and therefore Hamas calls on the international community to act immediately to prevent this crime and its grave consequences, end the siege of Gaza and stop the crimes of the Occupation and its violations against the civilian population of the Strip and bear all the consequences of these arbitrary policies.”

By which Hamas means Israel must not slap the dog that bites its hand.

According to Jni.Media, Hamas has invested $45 million over the past 100 days in campaigning, protest logistics, compensation to the families the dead and wounded, arson kites and terror balloons. 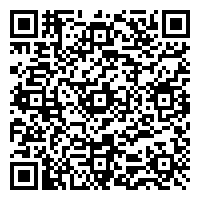