“Smuggling attempts are part of a daily war that’s mostly hidden from the public eye and is carried out by the best of this country’s sons and daughters,” said Ami Shaked, Director of the Kerem Shalom border crossing into the Gaza Strip, where on Sunday a truck supposedly laden with slippers going to the Gaza Strip’s toddlers aroused the suspicion of the security checkers.

They discovered that the truck was, in fact, carrying thousands of military boots that had been stashed inside cute, fur slippers decorated with emojis, on their way to be delivered to the military wing of Hamas.

“I am proud of the security inspectors who acted as we expect them to,” Shaked told Israel’s Channel 2 News.

Needless to say, the truck and all its contents were confiscated by security forces.

According to security forces, the cargo was intended for the Nuchba elite unit of the military wing of Hamas, which operates the terror group’s underground tunnel system.

“The seizure constitutes another attempt by Hamas to abuse Israeli civilian policy toward the residents of the Gaza Strip,” said head of the liaison to Gaza, Col. Fares Attila. 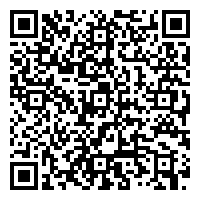