The Hamas leadership has issued an ultimatum to Israel on Saturday whereby it must transfer $15 million in cash every month, to prevent further escalation, Israel’s Channel 2 News reported Saturday night. Hamas insists that the first payment must be done by Thursday.

The money in question is provided by Qatar to the Palestinian Authority, which normally uses it to pay the salaries of its employees in the Gaza Strip. But PA Chairman Mahmoud Abbas has been manipulating the payments process in an attempt to dominate the Hamas government, with the result being that some 25,000 pro-PA Gazans are often not getting paid.


In a document sent by Hamas leader Yahya Sinwar to Egypt, he demands that Israel transfer the Qatari money to pay the salaries in Gaza in cash to Hamas by Thursday this week, or Hamas would intensify the Friday riots at the Gaza border fence – and force the IDF to kill even more Arab youths.

When Hamas took over the Gaza Strip, back in 2007, Abbas ordered the civil and security employees there not to report to their jobs if they wished to continue to receive their pay. His gamble was that if the public sector—more than 25,000 civilian and 33,000 security employees—went on strike, the Hamas regime would collapse.

Needless to say, that move only deepened the rift between Ramalla and Gaza, which escalated to the point where Abbas is being perceived as the man who starves Gaza and keeps it in the dark, as he refuses to foot its electric bills.

Israel is currently considering how to respond to the new demand and apparently has yet to formulate a position. Obviously, making direct payments to Hamas would immediately boost its terrorist activity. But Prime Minister Benjamin Netanyahu, whose strategy has always been to pit the Fatah against Hamas may actually consider complying, at least partially, with the ultimatum – against the advise of his defense Minister, Avigdor Liberman, and the IDF brass.

Saturday’s ultimatum came against the background of a troubled Shabbat in the southern sector, after a barrage of gunfire on Friday night against the Israeli communities surrounding the Strip. On Saturday morning, the rocket fire resumed with five rockets fired at Sderot, four of which were intercepted by the Iron Dome system. 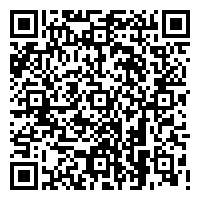