While disagreements persist within the political-security cabinet over the appropriate Israeli response to rocket and incendiary balloon launching from the Gaza Strip, a large contingency of IDF forces has been deployed along the Gaza border fence in preparation for the “March of Return” expected to take place Friday, as it has done since Passover. A cabinet meeting held this week decided to take a hard response to the recent increase in the volatility of the “protests” at the fence, with the new rules of engagement permitting the IDF to shoot at rioters from a longer distance than before. This should make for an exceptionally explosive Friday afternoon.

On Thursday, an Egyptian intelligence delegation visited the Gaza Strip in an attempt to prevent the escalation of the conflict and reduce the violent friction. But at the end of the meeting, a senior Hamas official insisted that the “March of Return” is on, with the aim of “breaking the siege on the Gaza Strip.”


Good luck with that one.

The large IDF forces that have been deployed include many tanks, apparently positioned for the anticipated confrontations in an escalation scenario.

Yesterday, Hamas posted a video showing advanced missiles with large warheads, accompanied by a headline in Hebrew warning Israelis to read it correctly. The IDF spokesman also sent a threatening video message to Hamas operatives, saying in Arabic, “Do not test us.” The video shows a collection of IDF attacks in the Gaza Strip.

Minister Yoav Galant, a member of the security cabinet and a former chief of the Southern Command, this week announced: “The rules of the game are about to change, we will no longer accept the terror of fire and the terror at the fences.”

On Thursday night, Channel 2 News revealed that a large contingency of cabinet ministers view IDF Chief of Staff Gadi Eizenkot as a failure, in view of his disastrous containment policy which has only led to an escalation of the violence. Eizenkot, who ended a US visit early following the rocket that hit a civilian neighborhood in Beersheba, found himself engaged in his own survival war rather than in planning an effective conclusion to the growing violence at the Gaza border. 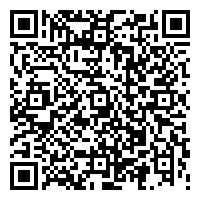