Israelis living near the Gaza Strip border experienced yet another tense night in the south, as a warplane and a tank attacked a vehicle in the Nusseirat refugee camp belonging to a Hamas operative who leads a squad that launches firebomb kites and balloons at Israel. The IDF also attacked two Hamas observation posts in the northern Gaza Strip.

In response, Hamas launched a high-trajectory attack, and the IDF reports that 13 rocket launchings have been identified in Israeli territory. Ma’an cites a Hamas claim to 19 launches.


In any event, three rockets were intercepted by the Iron Dome aerial defense system, and, according to the IDF Spokesperson, there were no casualties in all those noisy and flashy exchanges of fire.

Which is the real story in the current nightly exchanges between the IDF and Hamas: they are staged, bloodless shows of patriotic valor with neither side trying to hurt the other side in a way that would start the slippery slope to an unavoidable war.

According to Hakol Hayehudi, the IDF continues to make sure no harm comes to enemy terrorists. The Tuesday night attack was against a parked vehicle belonging to a Hamas terrorist (most Israeli media call them “activists”), only after a professional IDF intelligence gathering operation had confirmed that the vehicle was empty and there was no fear that its owner would be hurt, God forbid.

Also, those two Hamas positions that were attacked were empty. Wouldn’t want to hurt a Hamasnik now, would we.

The reason behind this complicated ballet – or, if you prefer kabuki theater – is that Prime Minister Benjamin Netanyahu, Defense Minister Avigdor Liberman, and the entire IDF brass don’t want a war, and neither does the Hamas leadership. But both must appease their rank and file, and so they continue to attack meaningless targets. Hamas, too, has been careful to shoot its rockets at meaningless civilian targets, with the proverbial hits on Israeli kindergartens early enough in the day so no one is hurt, thank God.

Meanwhile, the brazen arson terrorists continue to burn entire swaths of Israeli fields and forests, but those are insured, so it’s not so bad.

For future reference, keep this in mind: we will know that the IDF is serious about stopping Hamas when Arabs start getting killed in those attacks (God forbid). 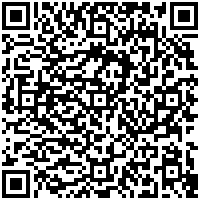